NASA’s SBIR program regularly doles out cash to promising small businesses and research programs, and the lists of awardees is always interesting to sift through. Here are a dozen companies and proposals from this batch that are especially compelling or suggest new directions for missions and industry in space.

Sadly these brief descriptions are often all that is available. These things are often so early stage that there’s nothing to show but some equations and a drawing on the back of a napkin — but NASA knows promising work when it sees it. (You can learn more about how to apply for SBIR grants here.)

Martian Sky Technologies wins the backronym award with Decluttering of Earth Orbit to Repurpose for Bespoke Innovative Technologies, or DEORBIT, an effort to create an autonomous clutter-removal system for low Earth orbit. It is intended to monitor a given volume and remove any intruding items, clearing the area for construction or occupation by another craft. 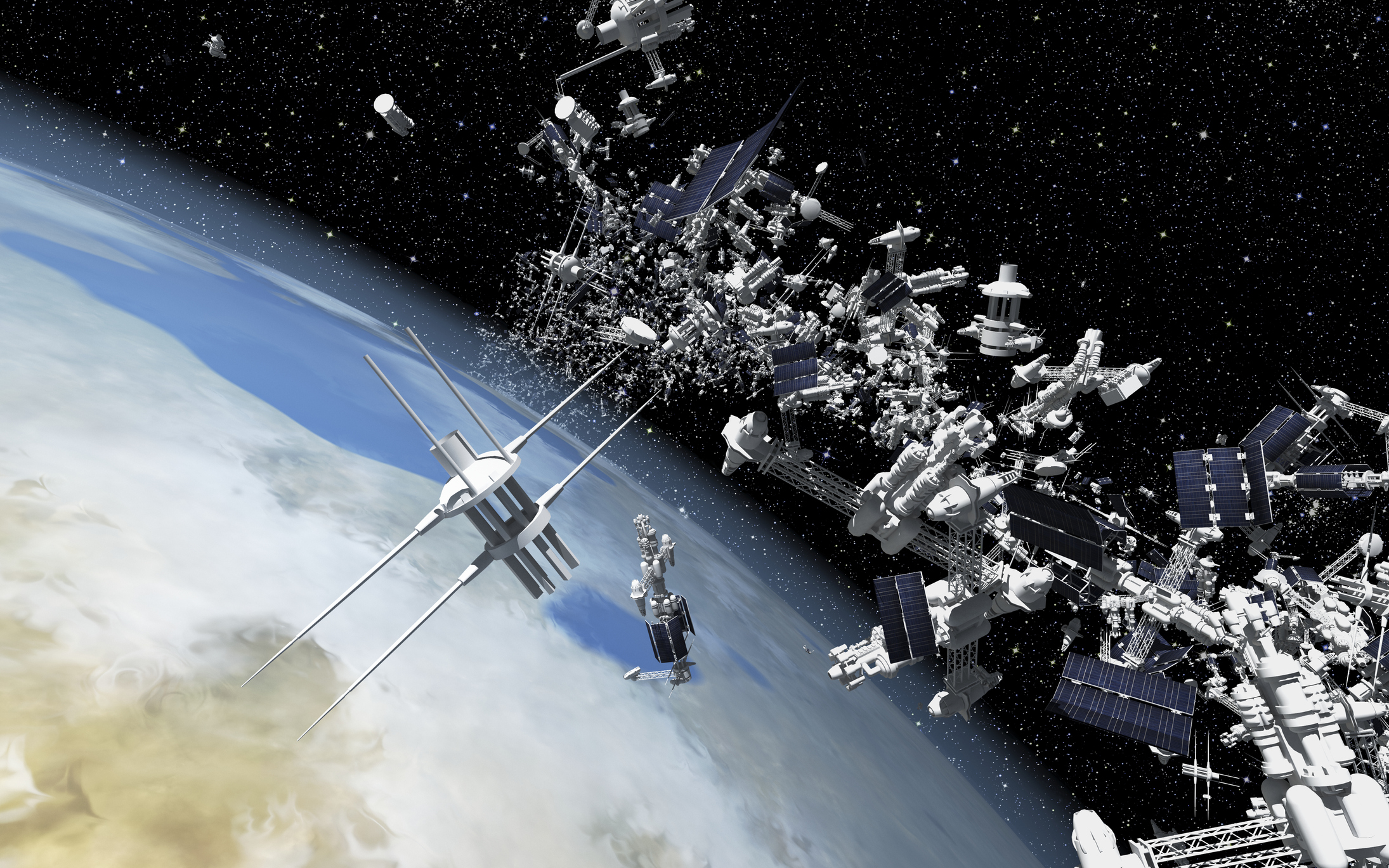 There are lots of proposals for various forms of 3D printing, welding, and other things important to the emerging field of “On-orbit servicing, assembly, and manufacturing” or OSAM. One I found interesting uses ultrasonics, which is weird to me because clearly, in space, there’s no atmosphere for ultrasonic to work in (I’m going to guess they thought of that). But this kind of counterintuitive approach could lead to a truly new approach.

Doing OSAM work will likely involve coordinating multiple robotic platforms, something that’s hard enough on Earth. TRAClabs is looking into a way to “enhance perceptual feedback and decrease the cognitive load on operators” by autonomously moving robots not in use to positions where they can provide useful viewpoints of the others. It’s a simple idea and fits with the way humans tend to work — if you’re not the person doing the actual task, you automatically move out of the way and to a good position to see what’s happening.

Hall effect thrusters are a highly efficient form of electric propulsion that could be very useful in certain types of in-space maneuvering. But they’re not particularly powerful, and it seems that to build larger ones existing manufacturing techniques will not suffice. Elementum 3D aims to accomplish it by developing a new additive manufacturing technique and cobalt-iron feedstock that should let them make these things as big as they want.

Venus is a fascinating place, but its surface is extremely hostile to machines the way they’re built here on Earth. Even hardened Mars rovers like Perseverance would succumb in minutes, seconds even in the 800F heat. And among the many ways they would fail is that the batteries they use would overheat and possibly explode. TalosTech and the University of Delaware are looking into an unusual type of battery that would operate at high temperatures by using atmospheric CO2 as a reactant.

When you’re going to space, every gram and cubic centimeter counts, and once you’re out there, every milliwatt does as well. That’s why there’s always a push to switch legacy systems to low size, weight, and power (low-SWaP) alternatives. Intellisense is taking on part of the radio stack, using neuromorphic (i.e. brainlike – but not in a sci-fi way) computing to simplify and shrink the part that sorts and directs incoming signals. Every gram saved is one more spacecraft designers can put to work elsewhere, and they may get some performance gains as well.

Astrobotic is becoming a common name to see in NASA’s next few years of interplanetary missions, and its research division is looking at ways to make both spacecraft and surface vehicles like rovers smarter and safer using lidar. One proposal is a lidar system narrowly focused on imaging single small objects in a sparse scene (e.g. scanning one satellite from another against the vastness of space) for the purposes of assessment and repair. The second involves a deep learning technique applied to both lidar and traditional imagery to identify obstacles on a planet’s surface. The team for that one is currently also working on the VIPER water-hunting rover aiming for a 2023 lunar landing.

Bloomfield does automated monitoring of agriculture, but growing plants in orbit or on the surface or Mars is a little different than here on Earth. But it’s hoping to expand to Controlled Environment Agriculture, which is to say the little experimental farms we’ve used to see how plants grow under weird conditions like microgravity. They plan to use multi-spectral imaging and deep learning analysis thereof to monitor the state of plants constantly so astronauts don’t have to write “leaf 25 got bigger” every day in a notebook.

The Artemis program is all about going to the Moon “to stay,” but we haven’t quite figured out that last part. Researchers are looking into how to refuel and launch rockets from the lunar surface without bringing everything involved with them, and Exploration Architecture aims to take on a small piece of that, building a lunar launchpad literally brick by brick. It proposes an integrated system that takes lunar dust or regolith, melts it down, then bakes it into bricks to be placed wherever needed. It’s either that or bring Earth bricks, and I can tell you that’s not a good option.

Several other companies and research agencies proposed regolith-related construction and handling as well. It was one of a handful of themes, some of which are a little too in the weeds to go into.

Another theme was technologies for exploring ice worlds like Europa. Sort of like the opposite of Venus, an ice planet will be lethal to “ordinary” rovers in many ways and the conditions necessitate different approaches for power, sensing, and traversal.

NASA isn’t immune to the new trend of swarms, be they satellite or aircraft. Managing these swarms takes a lot of doing, and if they’re to act as a single distributed machine (which is the general idea) they need a robust computing architecture behind them. Numerous companies are looking into ways to accomplish this.

You can see the rest of NASA’s latest SBIR grants, and the technology transfer program selections too, at the dedicated site here. And if you’re curious how to get some of that federal cash yourself, read on below.